It's been a little while since the last update, and the game has matured enough to give an update on the features mentioned in the last blog post, and a closer approximation on release date. The store page has also been updated with screenshots from the new map.

As I already let slip in the Discord, I'm aiming to release before the year is up. Considering that is pretty close, I'll shortly be able to hone in on the exact date. In case something unexpected comes up and the target is missed, it won't be long after either way, considering the game is near completion for the first Early Access build. I'm looking forward to sharing the definitive date, and seeing everyone get their hands on the game!

In the interest of transparency and to prepare for the upcoming release, a documentation subsite has been set-up at docs.islesofyore.com. This includes explanations on gameplay, as well as limitations and postponed features.

Like mentioned in the previous blog post, the game includes character customisation, a smell system, and nesting. These now have their own docs pages:

Documentation will be shared before release on how to host your own server, and how to customise the server to your liking. Community servers will have access to a plethora of options—such as control over the weather system, gameplay pacing through tweaking animal stats and the speed at which needs deplete, AI spawning (species and count), and many more.

Sidenote, the game now also has partial support for controllers. Some things like menus still work better with a mouse and keyboard (virtualised cursor controllable with thumbstick in menus otherwise), but gameplay is now properly supported with a controller.

If you haven't already, wishlisting the game helps a lot.

Until the soonest of soon!

It's time. The last two years working on the project are finally giving way to the first public release, and Isles of Yore will be releasing on Steam Early Access 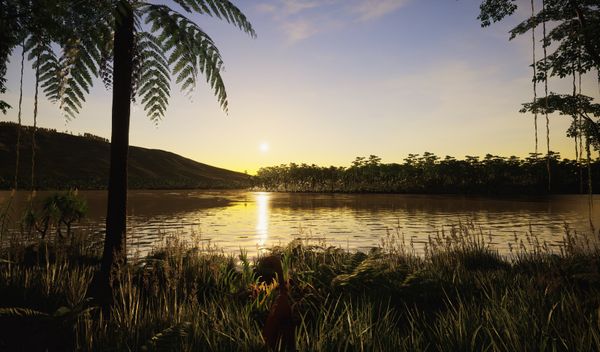 We're almost a year past the original trailer, and a lot has changed. The game is getting to a stable state, and the release date is drawing closer and closer.