It's time. The last two years working on the project are finally giving way to the first public release, and Isles of Yore will be releasing on Steam Early Access on February 10th.

Note: the original post spoke of January 27th, which unfortunately due to a scheduling oversight is not possible. More on this here:

I'm incredibly excited to get this early, first version of the game into the community's hands, and hope that your feedback and support will push the game through its early days into a refined and polished experience for everyone who enjoys the genre.

The game launches with base pricing at 19.99 EUR/USD, 15.49 GBP. As a thank you for the support from everyone that has been along for the ride, there will also be a launch discount.

Hosting your own community server is possible at launch, and care has recently been given to expanding the tooling and configuration to support this. Server-owner autonomy in configuring the simulation has been a corner stone of the project, and hosting your own server will give you access to tuning everything from gameplay balance and character stats, to the frequency of specific weather types and the length of the day/night cycle. If there's a specific gameplay style your community enjoys, the server configuration aims to offer a plethora of options to support it.

There's already some documentation available, which will be further cleaned up and expanded on for the release.

In the immediate aftermath of the release, priority will be given to bugfixes and stability improvements, along with a push towards the second playable character. More on this animal will be revealed when the game launches on Early Access next week.

In the medium term I'm aiming to put in place robuster AI, and creating a further refined V2 of the first island's map.

Taking the game to the next phase of development will require support from the community. Wishlist on Steam, tell a friend, join in on the Early Access release, and come share your feedback on Discord. Community discussion and feedback is an important guiding star for the project, and I'm looking forward to improving the game further based on your input.

Warm regards and until shortly,

Release date update - February 10thLet’s try this again! The updated new release date is February 10th. Pardon the delay, but now that the Steam Lunar New Year Sale is live, I can confirm that this was indeed the reason for moving the 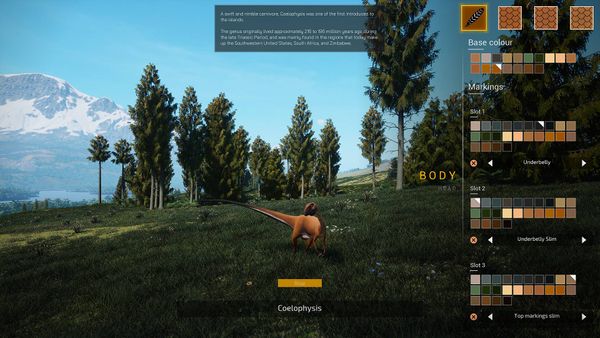 It's been a little while since the last update, and the game has matured enough to give an update on the features mentioned in the last blog post, and a