0.6.0 has hit the public branch! This means the game is now on UE5, and we can focus our efforts fully on new playable characters (work on these has already been underway for a while). If you missed the full overview of what 0.6.0 brings, see the previous post here.

Details on what changed since the beta patch and things to watch out for below.

❗ A quick reminder about performance

Foliage rendering performance has been improved, but the amount of foliage has also increased on the map. If you're having performance issues, that's the first thing to check in your graphics settings (Foliage Density) . The game can scale it down for you if you're struggling.

We haven't seen any frequent crashes, but have run into some rare crashes here and there that appeared to happen deep in the engine's bowels and did not seem directly related to gameplay code. We're keeping an eye on this.

Early in the beta patch test, one of the servers exhibited a crash/restart loop. Once we tried to investigate this however, it didn't happen anymore. We're keeping our eyes open for this, but if you're a server owner and this happens to your server see the section below on how to switch back for the time being. Please also do report it to us.

❗ How to switch back to the old version

We've opened a new steam branch dubbed legacy-0.5.0 where the previous patch will remain available and you can switch back to. If you're a regular player and you want to switch back (or you want to play on your legacy server as a server owner), make sure you remove your old settings at C:\Users\YourUserName\AppData\Local\IslesOfYore (this will also remove your skin presets, back those up).

The following issues are still present. They're planned to be worked on, but weren't immediately game-breaking and have been deprioritised over getting work done on the new playable characters:

These extra changes have been made since the beta patch for 0.6.0: 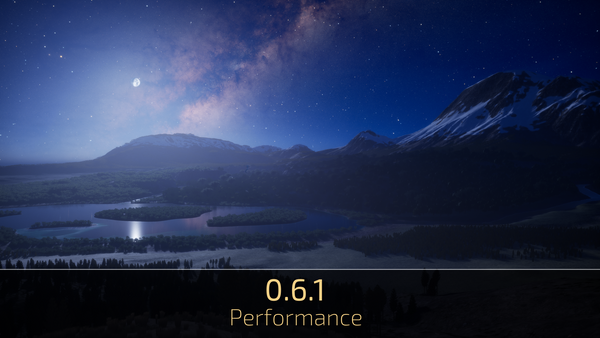 After resolving issues relating to performance by switching back to DirectX 11, we've decided to set DirectX 11 as the default graphics RHI for now. The beta patch that brings the game onto UE5 is now available for testing on the experimental branch. This post also includes some words about upcoming content.